Slammiversary is back, with an incredible card that will see John Alexander defend his Impact World Title against Eric Young as the main event that. Before that, we’ll see Tasha Steelz defend her title Knockouts World Championship title in a horde-style Queen of the Mountain match that’ll bring Chelsea Green, Jordynne Grace, Deonna Purrazzo and Mia Yim onto the mats.

But the action doesn’t stop there. X-Division Champion Ace Dustin will be attempting to stop opponents, Trey Miguel, Jack Evans and Alex Zayne from dethroning him and taking the title. The Impact World Tag Team Championship is also on the line, with The Briscoes defending their title from The Good Brothers. And it’s all happening on streaming service FiteTV in the United States.

How to Watch the Slammiversary Live Stream in the US

Slammiversary 2022 is a pay-per-view event. A virtual ticket costs $40. This is a one-time fee. Unlike other events like UFC on ESPN Plus, a paid subscription isn’t needed to access the Impact Wrestling live stream; there are no hidden fees after handing over the $40 for the Slammiversary 2022 PPV to watch the action unfold. That’s right — there’s no (legal) free Slammiversary live stream.

FiteTV is available on all major streaming devices, including Android and iOS, the Amazon Fire TV Stick, Google Chromecast, Apple TV, the Xbox Series S and Xbox Series X, and LG, Samsung and Vizio Smart TVs. It can also be watched through a web browser like Google Chrome and Mozilla Firefox, so you should be able to watch Slammiversary, regardless of what device you’re using.

Those traveling abroad can use a VPN like ExpressVPN to watch Slammiversary 2022 as if they were back home in the United States.  Of course, this will determine the device you’ll need to watch on as VPNs aren’t available on most TVs, for example. You’ll probably need to use a phone, tablet or laptop to use a VPN.

Alternatively, you can subscribe to the paid tier of FiteTV’s service, Fite Plus. You’ll then be able to watch two live events of your choice for free each month, including Slammiversary 2022, and access Fite’s archives and catalog of exclusive content, for just $5 per month — cancel anytime.  This is a must-have for combat sports fans as Fite also broadcasts Top Rank Boxing. 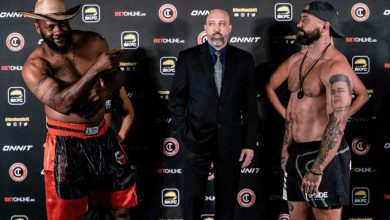