Stranger Things has catapulted some of the best music from the 80s back into the mainstream, with season four rocketing Kate Bush’s Running Up That Hill to number one in the UK singles chart almost four decades after the song first debuted, and is now sitting at number four on the Billboard Hot 100 in the US.

Whether you’re taking a stroll down memory lane or discovering some of the finest music the era has to offer for the first time, here are all of the best Stranger Things songs from the latest season of the hit Netflix show, of which the next season will be the last, including smash-hit California Dreamin’ by The Beach Boys.

Spotify users need not head over to YouTube to sample these Stranger Things songs: You can save this compilation to your Liked Songs and take them with you anywhere.

Running Up That Hill, Kate Bush

Released in August 1985, Running Up That Hill appeared on Kate Bush’s fifth studio album Hounds of Love. The song peaked at 30 on the Billboard Hot 100 the year it was released, a record it beat in June 2022, alongside the release of season four of Stranger Things, which saw it fly up to number four on the chart.

Object of My Desire, Starpoint

A song that needs no introduction, California Dreamin’ became synonymous with Californian surfing culture from the moment it was released by the Mamas and the Papas December 1965 and went on to become a timeless classic, covered by The Beach Boys in 1986, charting at number 57 on the Billboard Hot 100.

You Spin Me Round, Dead or Alive

Released in November 1984 by British band Dead or Alive, You Spin Me Round reached number one on the UK Singles chart and charted at number 11 on the Billboard Hot 100. The track was included on the band’s second album Youthquake in 1985, and is regarded as one of the best songs to come out of the UK.

Detroit Rock City was released in 1976 on Kiss’ fourth studio album, Destroyer. The record did not chart on the Billboard Hot 100 in the US, even though it was a hit among fans and later went on to be one of the band’s most-streamed songs with more than 150 million listens on Spotify as of June 2022.

Performed for the first time when the collective was known as The Artistics in 1974 and released on its debut album Talking Heads: 77 in 1977, Psycho Killer was an instant hit for Talking Heads, charting at 92 on the US Billboard Hot 100, and picking up awards overseas where it was Certified Silver in the UK. 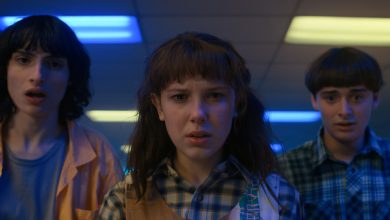