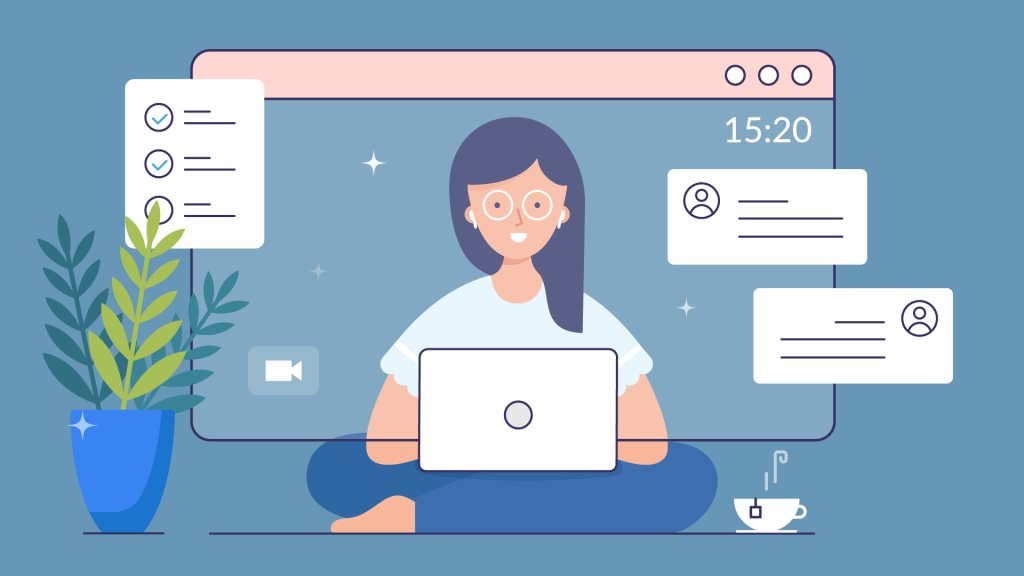 Released in 2016, the Notion App was created to be the ultimate productivity tool, bringing notes, databases, kanban boards, calendars and reminders all under one roof — putting an end to using different tools for different things, like Evernote for note-taking and Trello for project management. It can all be done within Notion.

That’s not to mean you should, though. In our comparison of Notion vs Evernote, we highlighted some reasons to continue using the popular note-taking tool in tandem with the Notion software, and the same rings true for the other Notion alternatives out there, because a Swiss Army knife isn’t the best tool for the job … but we digress.

Notion is described by its creators as an ‘all-in-one workspace’, but what exactly does this mean? Is it another attempt to turn the office into a virtual environment like Facebook’s troubled Workspace platform? Thankfully not. Here, we’ll walk you through the basics of Notion, explaining what it is, what it does and why it’s useful.

Notion is close to what you’d get if you mixed a task management tool like Asana with some database software like Microsoft Access and a drag-and-drop website editor like Wix, letting you create workflows unique to your organization at a low cost without the need to hire an expert or learn a programming language.

Where a business may use Asana or Trello to keep track of projects, Google Sites to create an internal wiki and Atlasssian Jira to organize the development roadmap due to limitations with each platform, Notion’s versatility means these can all be created and housed in one central location — hence ‘all-in-one workspace’.

You aren’t sacrificing function by choosing to store all of this information in one platform, either: Notion’s pièce de résistance is its Relational Databases feature which lets you take a piece of data stored in one location and use it to populate a section elsewhere; if you change something in one place, it’ll change in the other.

Here’s where things get extra interesting. Notion’s best feature, and what sets it apart from the fierce competition is Linked Databases. These let you access the data stored in any table as its own individual block and customize how the data is presented using views such as Gallery, Kanban, List or Calendar or Table.

Whether you’re taking advantage of the seemingly endless selection of Notion templates out there or creating something yourself, there no limit to what you can do with Notion. If you’re feeling a little uninspired, or maybe you’re taking a look at what can be done before you download Notion, rounded up some uses for the software.

There’s nothing worse than losing track of a recurring payment only to find it on your bank statement a year later, when the damage is done. You can create a monthly subscriptions tracker in Notion relatively easily, where you can store service names, renewal dates, renewal cost and the current status of the subscription.

Ditch Excel because you can track your entire Pokémon collection in Notion. We’ve even built a template specifically for it. Keep track of all the usual information, including Pokémon set, card name, card number, and card type, as well as other important data like purchase price and grade. You can even upload pictures.

You can actually create invoices inside Notion and share them with clients either by downloading them and attaching them to an email or by sharing the Notion page publicly, without requiring them to create an account or sign in to view the invoice. We’ve created a Notion invoice template to get you started.

One of the best things about Notion is how accessible it is — you can start working on something in front of your computer at home, and pick it up again in the back of a taxi or in the middle of a store. That’s why it’s our favorite software to make a grocery list.

Is Notion Free to Use?

Notion is free to use, though there are a couple of restrictions: Uploads are capped at 5MB and Notion doesn’t keep a record of the changes you make, so you can’t revert to an old version of a file should you delete something you later need. There is a paid subscription, for $4 per month, that does away with both of these limitations.

The Personal Pro subscription isn’t worth it for all users, though: We only recommend using it if you’re running into roadblocks while uploading large files, are unable to invite more users to your Workspace or have made a change to a document, then wanted to restore it to a previous version only to find you’re unable to.

If you’re a little unsure whether to commit to a paid subscription to the Notion App or you want to find out how a standard membership compares to those created for businesses, we’ve torn down the Notion pricing structure, explaining in detail the difference between each account type and how much each costs.

What is the Notion App?

In a nutshell, the Notion App is your portal to your Notion Workspace. There’s no other way to access it — whether you’re trying to tap in through a browser like Google Chrome, or on a tablet like the Apple iPad, or even using Notion for Mac, they all load a version of the Notion website, creating a very consistent user experience.

Because Notion is first and foremost an online application, the local clients are nothing more than a wrapper – a website disguised as a desktop application. This means when you fire up Notion for Mac or Notion for Windows, or even Notion for Android or Notion for iOS, it’s loading Notion for Web in a stripped back web browser.

There are five versions of the Notion App: Notion for Android, Notion for iOS, Notion for Mac, Notion for Windows, and Notion for Web. They all offer a near-identical experience, with the main difference being the first four have a simple offline editing feature, while the latter can only be accessed with an active internet connection.

Notion for Android and Notion for iOS also come with the Notion Web Clipper baked in, eliminating the need to download the Notion Chrome Extension or an add-on for another browser like desktop users need to. The rest is very much the same. You can create, view and edit pages and upload files from any of the clients.

Notably, there isn’t an official Notion app for Linux. Users trying to access the service on this operating system will need to use Notion for Web to do so. However, there is an unofficial version floating around that, just like Notion for Windows, acts as a wrapper for Notion for Web, simulating a native desktop experience.

You’ll be pleased to hear that you can both access and install Notion templates in any version of the Notion App, even the unofficial Notion for Linux client. You can also use them to share Notion templates, pages, and even invite people to review and collaborate on documents with you in real time — on both desktop and mobile.

Again, that’s because the Notion App is a wrapper for Notion for Web, meaning the experience remains consistent across the board. Mac and Windows users are interacting with the Notion software the same, as are Android and iPhone users to some extent (operating system differences still apply here).

It couldn’t be easier to download Notion. The Notion App for Windows and Mac are available right here, while Notion for Android can be downloaded through the Google Play Store and Notion for iOS through the Apple App Store. Seeing as all files are stored in the cloud, they hardly take up any local space either.

Can You Use a Stylus with the Notion App?

While you can use a stylus like the Apple Pencil or Samsung S Pen to navigate the Notion App, there isn’t native support, so they can’t be used to draw within the software. They can only be used to click and scroll — you’ll need to use a program like GoodNotes and import them if you want to store handwritten content in Notion.

Is the Notion App Safe to Use?

In a literal sense, the Notion App is totally safe to use. You’ll want to be careful about what you’re storing in it though: Despite constant cries from users, there are still some Notion security concerns — the main being it doesn’t support two-factor authentication (natively) and it lets its administrators access user files.

Of course, there is a workaround for the Notion two-factor authentication woe, and administrators can only access your data after you provide explicit permission (in theory, anyway), but we still have our concerns, so for now best not store any sensitive information — personal, financial, etc. — or company secrets in it.