It’s official: Season 5 of Strange Things will be the final instalment in the hit Netflix show, and in true Stranger Things fashion, we know it isn’t going to be a fairytale ending. Producers of the show the Duffer Brothers have confirmed as much. And while we don’t know what season five holds, the fate of our favorite characters is already decided. But with the two episodes in the second volume of season four still in production and yet to be released, when is Stranger Things Season 5 coming out?

The simple answer is: We don’t know. The Duffer Brothers have confirmed that there will be a fifth season of Stranger Things, and that it’ll be final series of the hit hit. We also know that filming hasn’t started yet, and that we won’t have to wait as long for the fifth instalment as we did for the fourth as the initial outline is mapped out and has been approved by the bosses at Netflix, reports Variety. There was a three-year gap between season two and season three, so worst case we should see season three in 2024, if not sooner.

“During the six-month pandemic hiatus, we outlined Season 5 and pitched it to Netflix,” the Duffer Brothers told Variety in a interview that coincided with the release of season four in 2022. “Everyone there had also been present when we first pitched the show in 2015. While we were strangers then, we were now friends, and there were a lot of tears when it was over. It’s just been an extraordinary journey for all of us, and while it’s hard to believe that we’re approaching the end, we feel incredibly lucky to have such amazing partners.”

When asked about a release date for season five, the duo responded that the “gap should be quite a bit shorter this time, due to the fact that we already have an initial outline, and we can’t imagine there will be another six-month forced hiatus.” Then again, it’s hard to imagine a world where the Duffer Brothers would allow season five to air without it being perfect. From perfecting graphics to licensing the iconic Stranger Things songs we’ve all grown to love, it all takes time, so expect some sort of delay here. 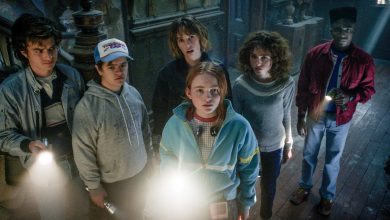