The Spanish Grand Prix was filled with action, with Ferrari’s Charles Leclerc, who was favorite to win the race after starting on pole, retiring on the 27th lap due to a technical issue with his car, and Mercedes’ Lewis Hamilton, who was due to finish 4th in a performance that showed the Silver Arrows were back in the race, finishing 5th after an issue with his vehicle that forced him to coast across the line, unable to defend an attack from Ferrari’s Carlos Sainz, who the British driver fought so hard to overtake shortly before. Suffice to say, we can’t wait for the next one — but when is it?

When is the Next Formula 1 Race?

The next Formula 1 race is the Monaco Grand Prix on Sunday, May 29, a circuit widely regarded to be the best in the Formula 1 calendar because of its tight twists and turns, short straights and narrow overtaking zones. There’s no room for error with this one, and it’s bound to have fans on the edge of their seat, from the moment the action starts with Practice 1 and Practice 2 on May 27, before Practice 3 and Qualifying on May 28, and lights out on May 29. As usual, all of these rounds will be broadcast to the world through the official F1 live stream, available to some viewers for free.

Hands-down, the best way to watch Formula 1 is through the championship’s own F1 TV Pro streaming service, offering access to all driver onboard cameras and team radios during the race.  Unfortunately, it isn’t available everywhere due to local licensing restrictions — Sky Sports, for example, has the exclusive broadcast rights to the 73rd Formula 1 World Championship in the United Kingdom, so viewers can’t watch the action unfold live on F1 TV Pro there. The service is available in the United States, though. Head over to the F1 TV Pro website to see if it’s available where you are. 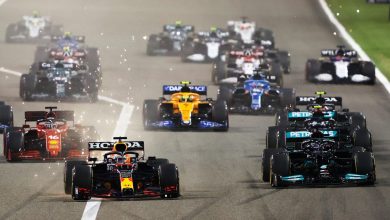