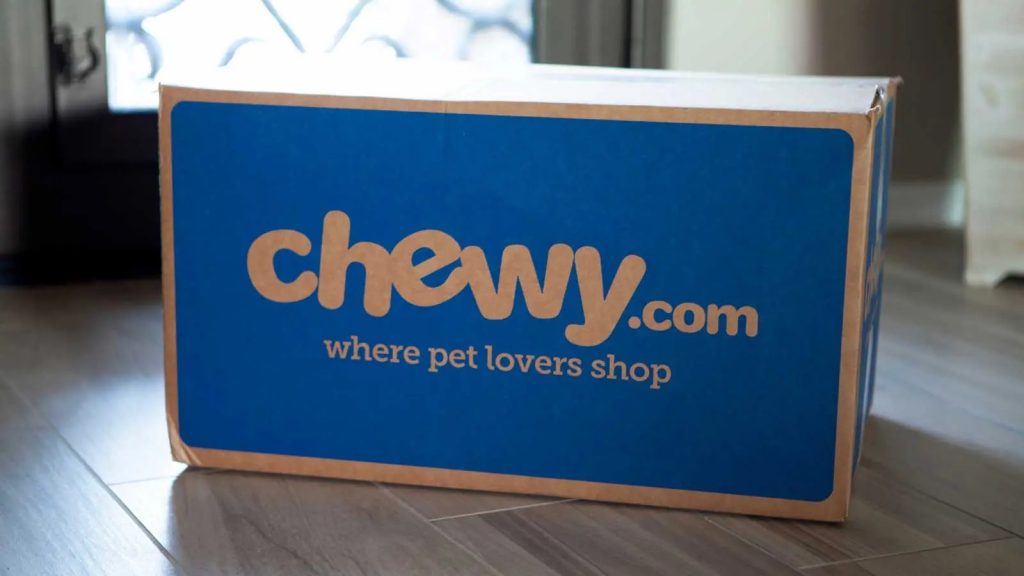 In what seems like overnight, Chewy has fast become the leading online destination for pet supplies. But who owns Chewy? Is it an extension of a brand we all know and love? Is PetSmart still in control following its record-breaking acquisition of the brand in 2017? And what does the future hold? Join us as we dive into the history of Chewy, from when it was founded in June 2011 to who it’s owned and operated by today, in 2022, as we debunk some common myths, including whether Amazon owns it.

Chewy started life as an independent e-commerce business in June 2011, founded by entrepreneurs Ryan Cohen and Michael Day, seeing a meteoric rise, reaching annual sales of $423 million by 2015. This upward trajectory continued and by 2017, the company controlled 51% of all online pet food sales in the United States. This caught the attention of PetSmart, which acquired Chewy in May 2017 for $3.35 billion — at the time, the largest acquisition of an e-commerce business.

PetSmart then started to dilute its share in the business, transferring 20% of its ownership stake to private equity firm BC Partners — which has owned PetSmart since 2014 — and 16.5% to an unrestricted subsidiary in 2018. This later saw PetSmart take Chewy public in April 2019, where it’s now traded on the New York Stock Exchange under the ticker CHWY, with BC Partners the majority stakeholder, after Chewy started selling off all remaining stock in October 2020.

Notable shareholders include Baillie Gifford & Co with 13.3 million shares, second to BC Partners’ 314 million, followed by Morgan Stanley with 8.96 million, Fidelity Investments with 7.7 million, Brown Advisory with 7.07 million, Vanguard Group with 6.9 million, Macquarie Group with 4.86 million, Wellington Management Group with 4.5 million, and Goldman Sachs with 3.12 million, according to the Nasdaq. Bank of America is also a shareholder, with 2.2 million shares.

Chewy is a publicly-traded company on the New York Stock Exchange, with millions of shareholders. The largest institutional, and majority, shareholder is BC Partners, the parent company of PetSmart. Interestingly, it was not BC Partners that acquired Chewy back in May 2017, and was instead PetSmart, which transferred a percentage of its ownership stake over to BC Partners, before Chewy’s IPO in April 2019. As of October 2020, PetSmart had started selling off all its remaining Chewy stock.

Is Chewy Owned by Amazon?

Chewy is not owned by Amazon. While it’s possible that an arm of Amazon may own stock in Chewy, it is not the majority stakeholder — that would be BC Partners, the private equity company that owns PetSmart. Because Chewy is a publicly-traded company on the New York Stock Exchange, you too can become a part-owner, by purchasing a share. You can do this through any number of tools, without needing specialist access or accounts, through a service like Robinhood.

In fact, Amazon and Chewy are actually rivals. Amazon has its own Amazon Pets service, which sells a variety of food and accessories, with auto-delivery options. But it still doesn’t compare to Chewy, which has the competitive advantage here offering fresh and prepared meals, options for pets with specific dietary requirements, and an online pharmacy with the option to video chat with a veterinarian, not to mention much better deals on food, treats, accessories and more.

Is Chewy Owned by Walmart?

Another myth. Chewy is not owned by Walmart. BC Partners, the same company behind PetSmart, is the majority shareholder. But Chewy isn’t owned by one individual or company; it’s public. This means that anyone can buy a share of the business. Think of it a bit like a massive pizza, and you can own a slice of that pizza — or multiple. BC Partners, the largest shareholder, has around 314 million slices. It’s possible that Walmart owns a few slices too as investments.

Chewy and Walmart are rivals — even more so than Amazon. That’s because Walmart has its own online pet supplies store called WalmartPetRx, which stocks a huge selection of food, accessories and medication. This is a true competitor to Chewy, which still comes out on top. While Walmart may be a little bit cheaper, Chewy still has the larger selection and is the closest thing to a virtual pet superstore (a digital PetSmart, if you will) with features like live video consultations with veterinarians.

Is Chewy Owned by PetSmart?

PetSmart acquired Chewy for $3.35 billion in May 2017, but was quick to start distributing stakes in the business to its parent firm, BC Partners — the majority shareholder, after Chewy was taken public on the New York Stock Exchange in April 2019, with the ticker CHWY. In fact, Chewy isn’t owned by PetSmart at all anymore; it begun selling off all remaining stock in October 2020. Other significant institutional shareholders include the Vanguard Group and Morgan Stanley. 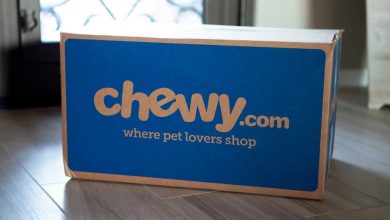 Chewy Return Policy: How to Return a Chewy Order

How Long Does Chewy Take to Ship?